The following data set represents results for those men having used RestoreX for 6 months.  The first 3 months they used the device either 30, 60 or 90 minutes per day in 30-minute sessions.  In the second 3 months they used any of the three time interval options.

The 6-month results are presented differently than the 3 months results. The 3 month clinical results shows the averages for those individuals that responded to RestoreX® treatments. This includes the 94% of men that had length improvement and the 77% of men that experience an improvement in curvature. The results of the 3 and 6 month clinical trial data shown below, are the averages of all men in the trial, even those that experienced no improvement. 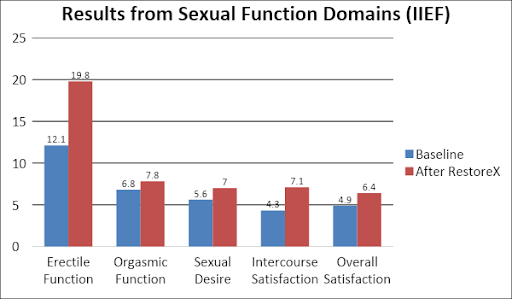 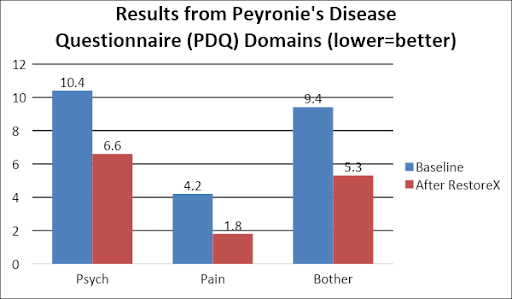 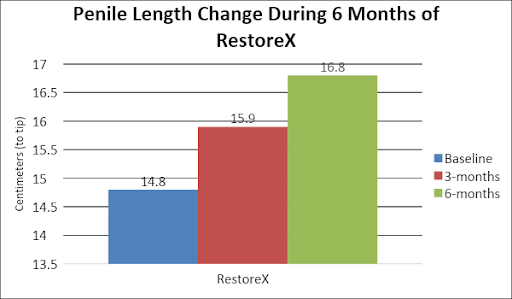 Of men who continued to use the device for 6-months, the average length increase was 2.0 cm, or approximately 15%. Note that the average daily use was less than 40 minutes. Also note that ongoing length improvements were achieved with additional use.

Among men who had used the device for 6-months, penile curvature continued to improve, although at a slower pace than the initial 3-months (p<0.0001). The average curvature improvement at 6-months was 15 degrees or 21%.

Hourglass, Indentations, or Other Deformities

Of those reporting an improvement in deformity: 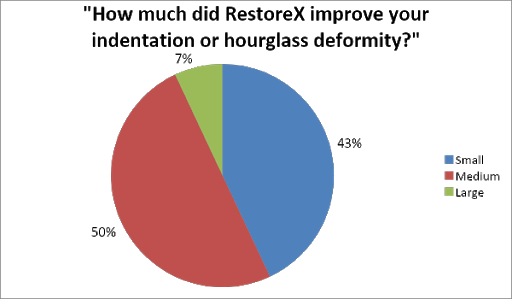 What if my curvature is toward the base of the penis and isn’t able to be located under the fulcrum of the device?

Was the device equally effective with all directions of curvature?

Although relatively few men in the study had pure side or down curvatures, no differences in outcomes were noticed between different curvature directions. 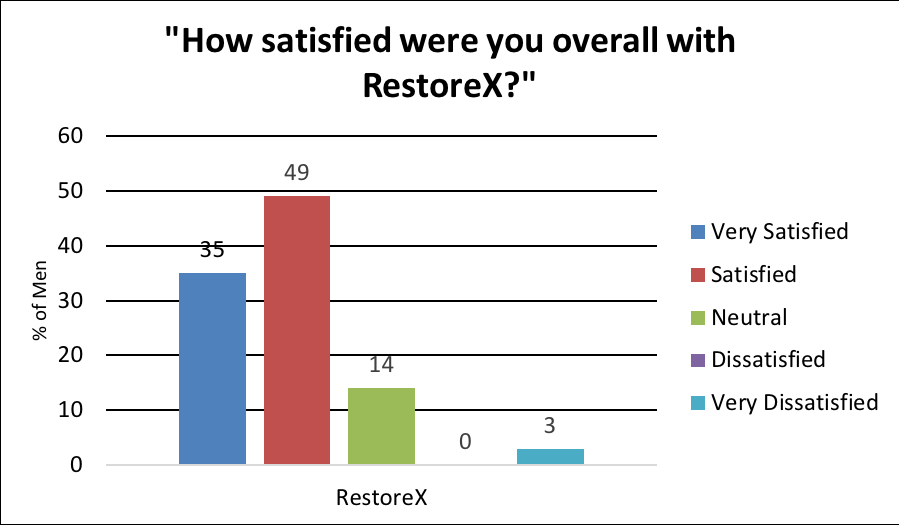 Side Effects of Treatment